One of my most formative (and perhaps most scarring) culinary memories involves me as an outspoken adolescent, an older family member, and an infamous rhubarb pie. I was staying with a generous relative while my parents were away. I was 15 or 16, and I thought I was everything that a teenager could hope to be. I was loud. I was probably fairly insufferable with my talk of rights and wrongs, egalitarianism and feminism and the patriarchy.

Now I love rhubarb’s bracing tartness and sharpness. It definitely needs a good dose of sweetness to balance it, but it is one of the culinary highlights of my late spring and early summer. This simple compote celebrates the stem’s beautiful color and strong flavor. In these photos I paired it with toasted coconut shortbread and greek yogurt, but I also dolloped it on ice cream as a topping, turned it into a fool by folding it into whipped cream, and churned it with coconut cream for an absurdly delicious almost dairy-free ice cream. 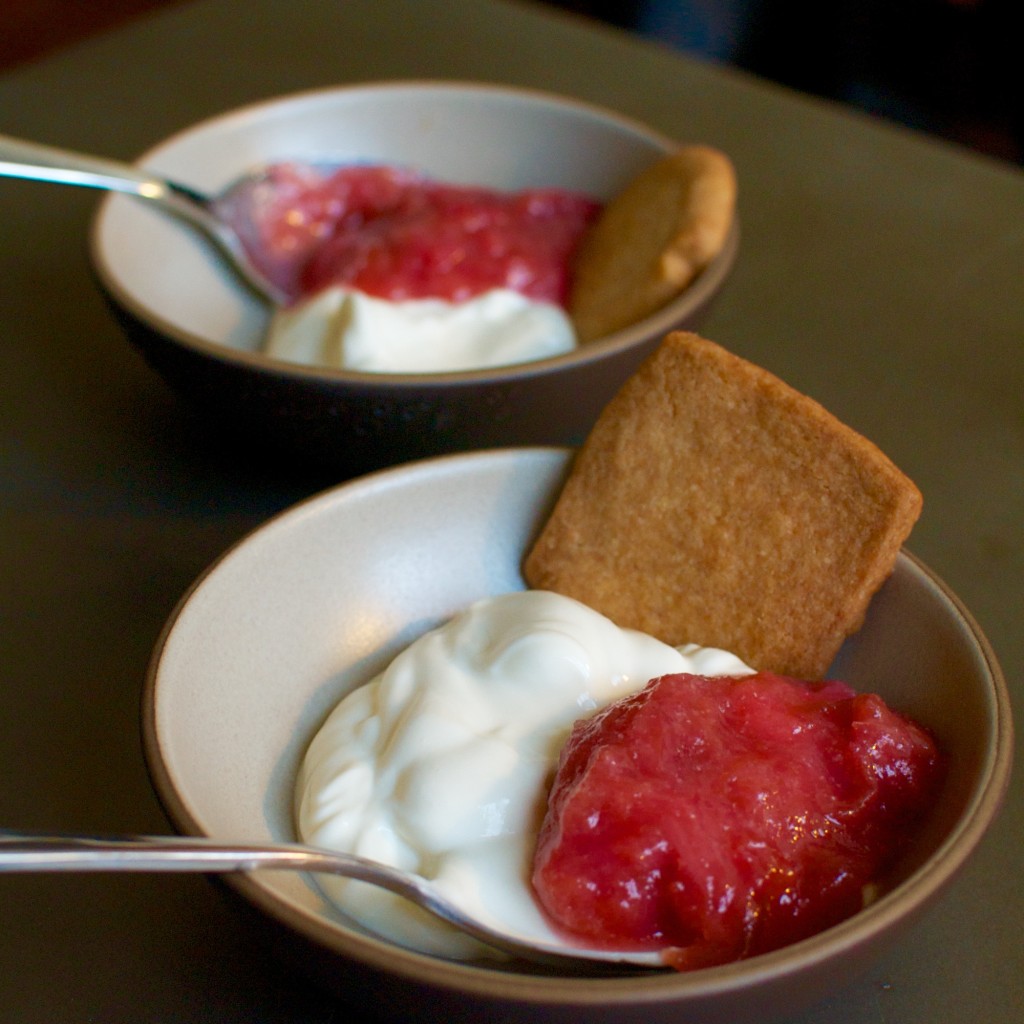 The technique is simple and versatile. The recipe called for orange liqueur, but you could substitute another flavor – Lillet would be a sophisticated option, and raspberry would boost the gorgeous color and be a little more child-palate-friendly. You could replace the butter with coconut oil for a vegan, parve option. I had great success adding tiny, beautiful farmers market strawberries to a batch – their little seeds adding lovely texture. 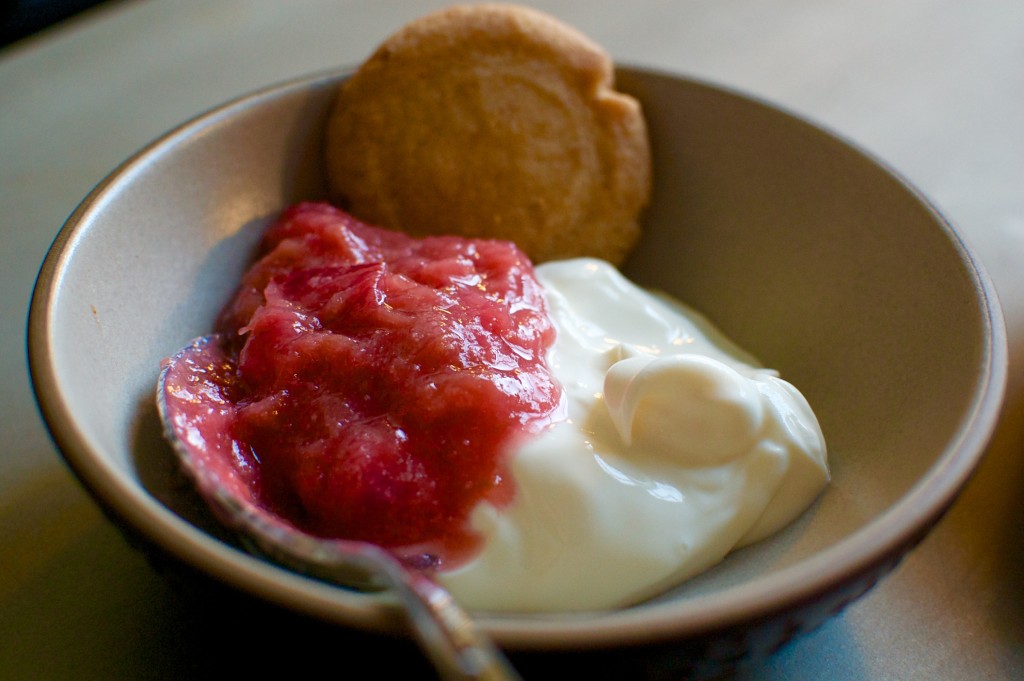 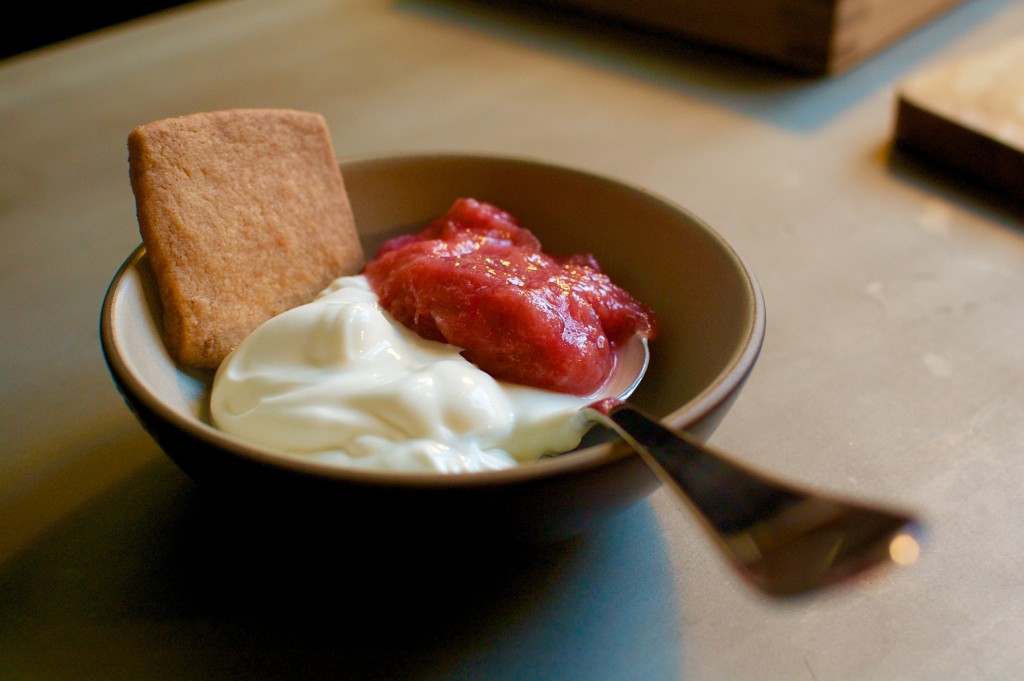 Our weeks have been full of rhubarb’s luscious tang and vibrant hue. I ate it for dessert, I ate it for a snack, I even ate it for breakfast. And I loved it!

Everything You Could Want Rhubarb Compote

Every year around this time, I get a #csabox from

A year stuffed with goodness! I love Three Sisters

Honeycake as far as the eye can see! Check out my