Stuffing. Dressing. Bread-y side dishy thing. It’s a thing. I still don’t really get it.

When I was planning Fakesgiving, I knew I had to take a stab at stuffing. It’s a ubiquitous part of Thanksgiving dinner, and is well-loved, so I dove in. I researched. I planned. I realized that it wasn’t going to be filling a turkey because turkey legs (even gorgeous tea-brined aromatically-spiced ones) aren’t built for stuffing. And by golly, if it is called stuffing it had better stuff something! Food blogger pride and classic Yael stubbornness took hold as I weighed my options. 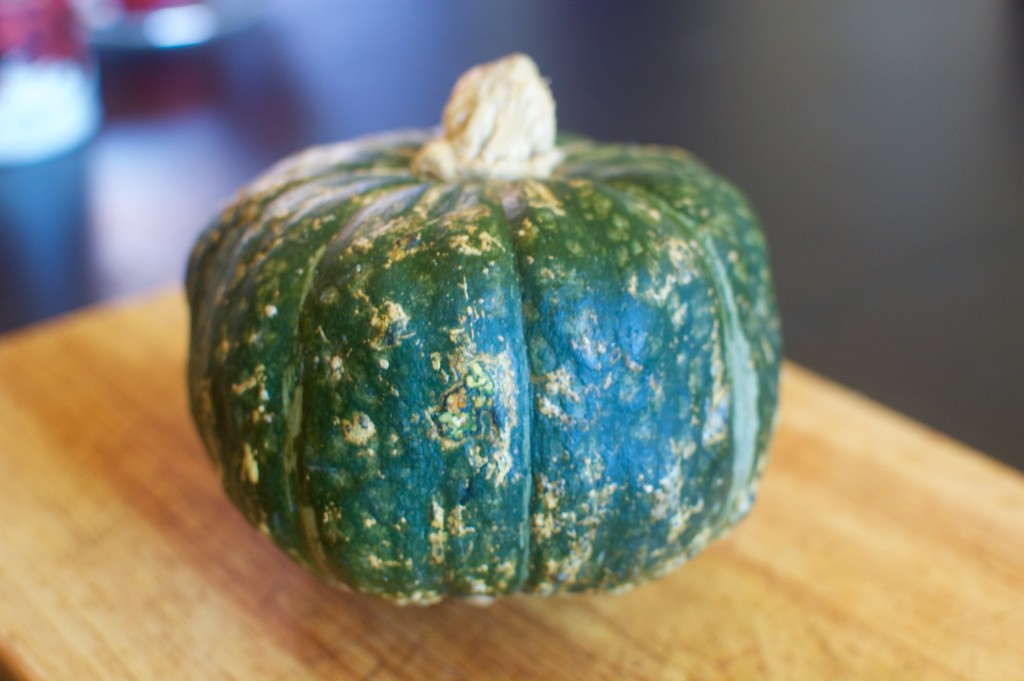 The Tuesday before my Fakesgiving dinner, I opened my CSA box to find an adorable, squat Kabocha squash with nubbly dark green skin and smooth, dense flesh. My stuffing prayers had been answered. 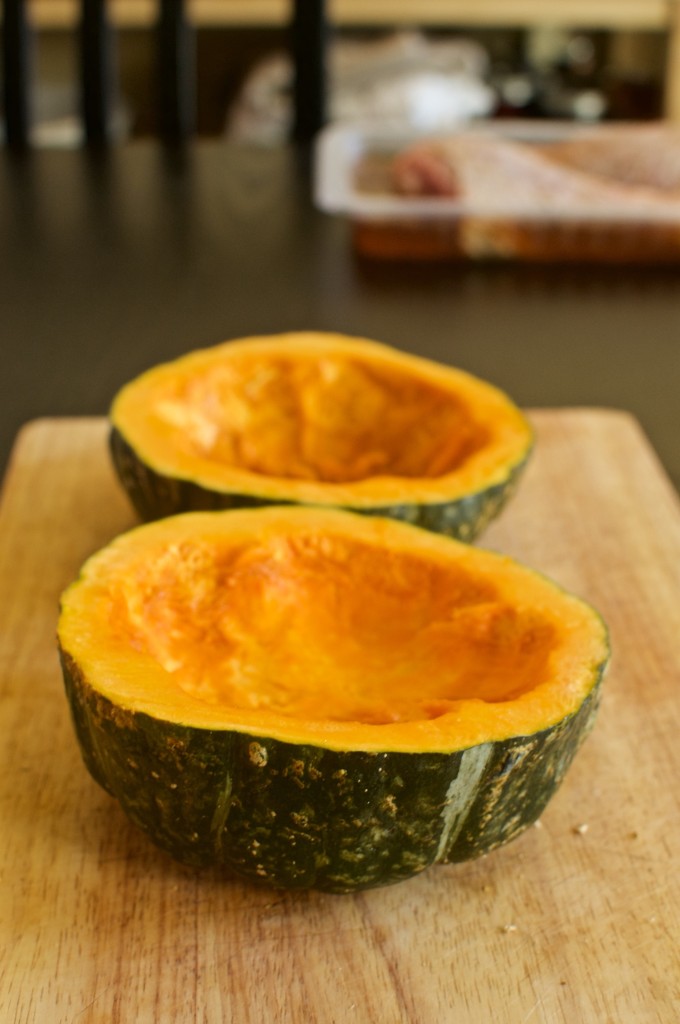 I gathered ingredients for the stuffing with an eye toward traditional, seasonal flavors. I selected two types of mushrooms – criminis for their firmness and butter-yellow chanterelles for their elegant wrinkles. A handful of tiny sage leaves were picked from my balcony herb garden. My marvelous gourmande of a neighbor donated locally baked bread. We were ready. 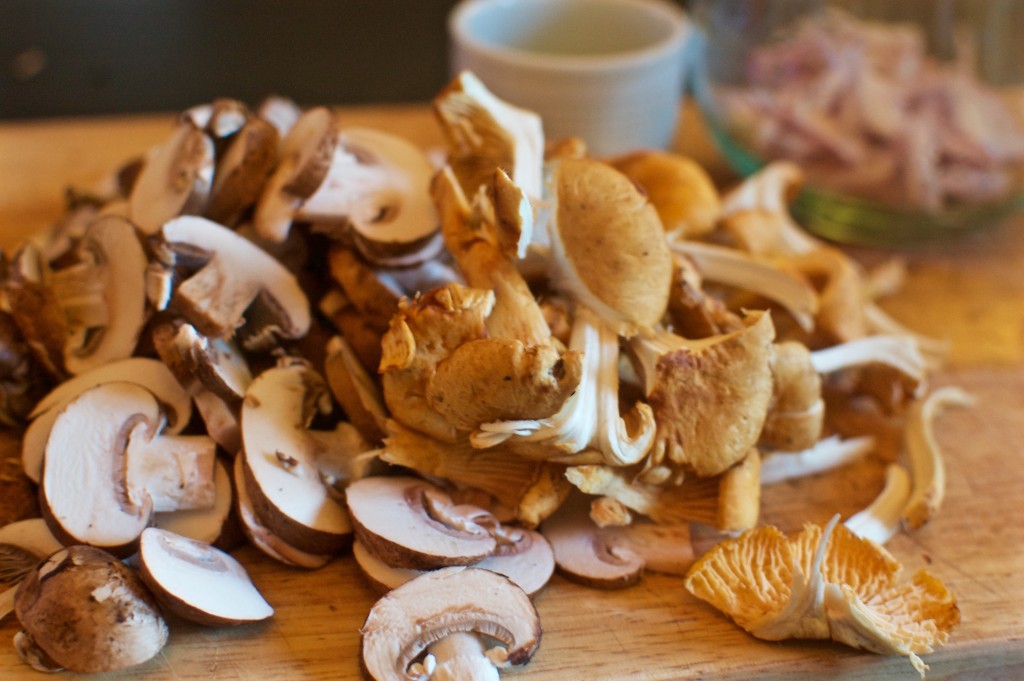 I halved the squash, leveled their undersides, and scooped out the seeds. The squash roasted and the bread toasted along side the turkey legs, while I sautéed onions, mushrooms, and sage. I simmered the vegetables and bread with white wine and duck stock until our little apartment was filled with savory, rich, autumnal scents. The squash stuffed beautifully and the remaining filling went into a charming double-handed bowl. Corralled in a festive red casserole dish, the stuffing-stuffed squash browned up pleasingly and went straight to the table. 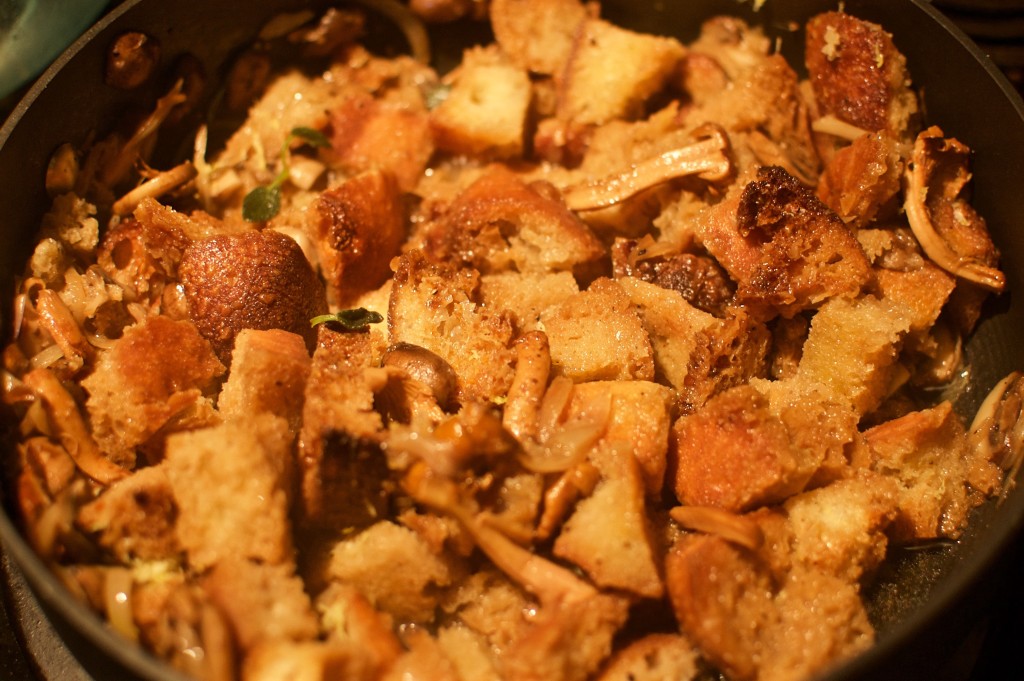 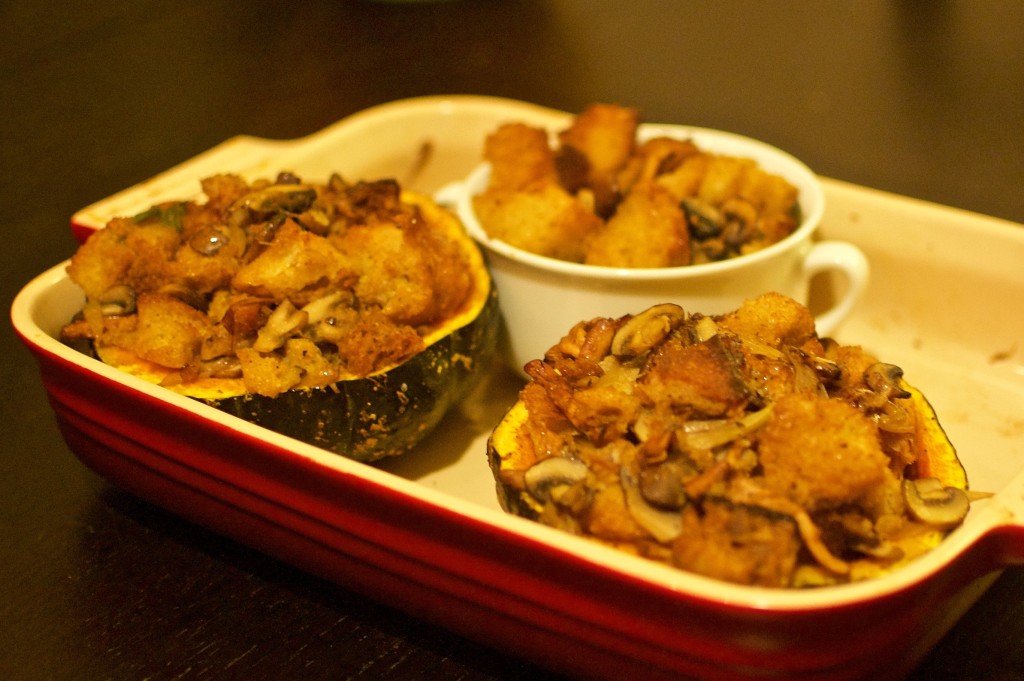 This is a rich stuffing, but it is easily and quickly made and serves up dramatically inside the squash. Our squash wasn’t gigantic so we cut each half in half. Little did we know how gloriously filling the stuffing would be!

The recipe is infinitely versatile; if you make this with a vegetable stock, it is vegan and would make an excellent main course. You could top it with some cheese for the last 15 minutes of cooking for a bubbled, browned, cheesy crust, or add meat or beans if you wanted it to be even more filling. Add vegetables such as kale, asparagus, or cooked squash for extra flavor and wholesomeness. Make it yours!

Happy and very filling Thanksgiving to you all! 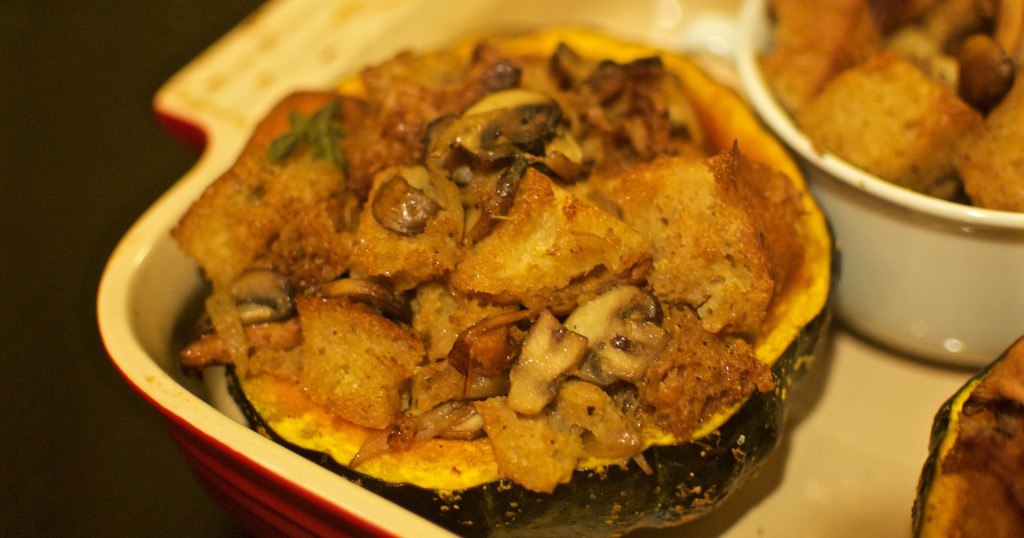 A gloriously savory, luxuriously mushroomy stuffing baked in squash for a side dish (or vegetarian main) that is sure to please!

This whole recipe can be made in the time it takes to roast my tea-brined turkey legs. I roasted the turkey in the lower third of the oven so I could easily add and remove the components of this recipe. The squash halves can be roasted and even stuffed a day in advance, but must be carefully handled once cooked as they are delicate.

#BlackLivesMatter. Art by @stuffgracemade Nothing

This evening is our #thegreatbigjewishfoodfest hap

Tuna time! A hearty tuna salad with lots of veggie