This year for Thanksgiving, I have a round-up of poignant stories, timely anecdotes, and Thanksgiving recipes in the flavors of the world. First up? My first memories of this, most welcoming of American holidays. 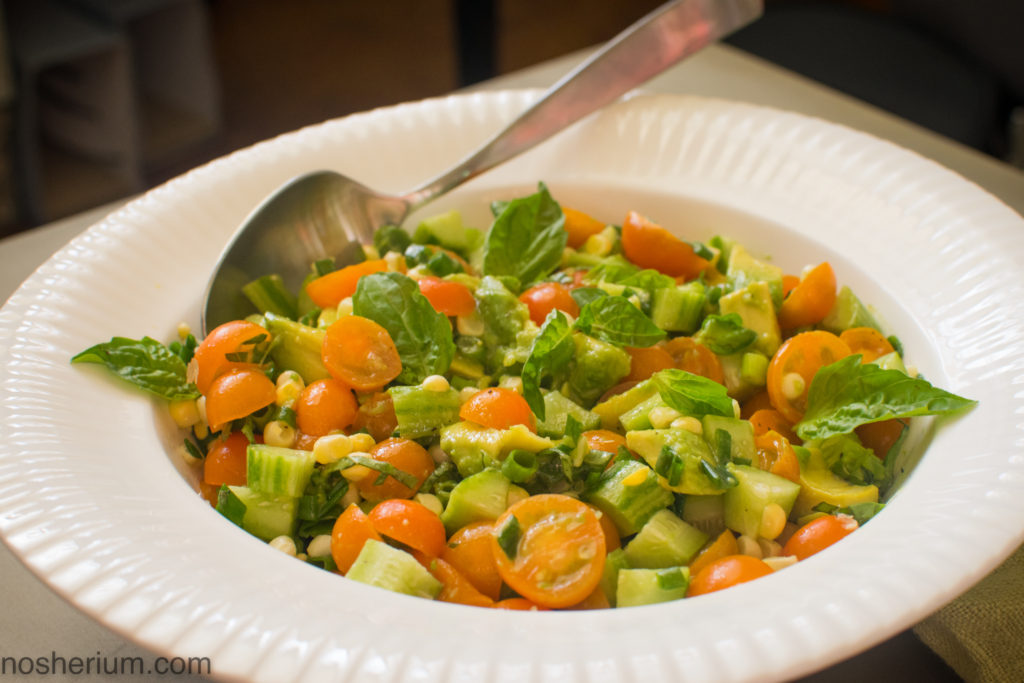 My first Thanksgiving was in first grade. As I have mentioned before, my family are immigrants who never really adopted Thanksgiving, so my school experience was absolutely formative. Together, newly arrived and American-born, white, black, and asian, Russian and Israeli, we learned about Thanksgiving. We churned our own butter, and ate it on cornbread, listened to the child-friendly version of the Thanksgiving story and watched Molly’s Pilgrim, as short film based on a book written by a Russian Jewish immigrant. To this day, just thinking of the film makes me tear up – the bullying, the loneliness, and the eventual realization that her family are also part of Thanksgiving. The moral of the story is that there are pilgrims in every generation, coming to the United States in search of freedom and a better life. And that together, all of us – immigrants, descendants of immigrants, and Native Americans – are what makes America great.

“During the Thanksgiving feast as I choked my way through an emotional toast, I was reminded of all the reasons we celebrate Thanksgiving in North America: To express gratitude for what we have in the present, and to remember what we’ve been blessed to have in the past. This year we added a new dimension: praying for the safety of those still in conflict.” A beautiful story of Canadians and Syrian refugees celebrating Thanksgiving with stuffed squash and stuffing recipes.

This year, my husband and I are hosting the first Thanksgiving in our own home. Gathered other Thanksgiving strays to share the day has already been a sweet exercise of friendship and celebration.

Another lovely piece about Americans experiencing Thanksgiving abroad. Having gone through that myself, I really enjoyed reading about other people’s moving and entertaining experiences. 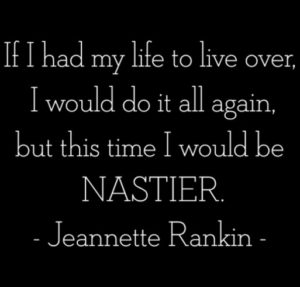 If you’re looking for a great gift AND a good deed, consider my awesome friend’s ACLU fundraiser selling chic and cool tote bags with a sassy quote from legendary suffragette and pacifist, the first woman in Congress, Jeannette Rankin. I’ve already bought four! One for me, and one for my mother, mother-in-law, and sister!

Safety pins are everywhere (#safetypin). It started in the UK as a small, meaningful gesture during the wave of post-Brexit anti-immigrant and racist sentiment. After the election of Donald Trump, it emerged as a symbol of solidarity and support for groups targeted by that campaign and some of its supporters. There has been a backlash against it, and countless editorials and columns about those little pins. Just today I heard a story from a safety pin wearer (who would like to remain anonymous) that is the perfect example of why this symbol can be more than merely symbolic. With their permission, I have paraphrased their experience below:

A friend was wearing a #SafetyPin while finishing up Thanksgiving shopping, when a Middle Eastern woman and her teenaged daughter nervously approached her and asked for help.

“How do you make stuffing?” she asked, and the safety pin wearer smiled because cooking questions, she could definitely answer! And so she explained how to make a cornbread stuffing. The other woman was concerned about what to add – “celery?” she asks. Sure, celery, onions, apples, pecans, figs. You can put anything you want in stuffing. Even dates! And the woman’s face lights up! “Dates!”

The next question is about cooking turkey, and she is relieved to hear that there are instructions and timing recommendations on the internet. The safety pin wearer assures her, “nobody remembers how long to cook a turkey without looking it up. Everyone needs help with that.” They continue to discuss more Thanksgiving tips and tricks.

The woman thanks the safety pin wearer and the daughter nods at the silver pin itself, “My mother thought you would be a good person to ask”

From my kitchen and home to yours, happy Thanksgiving!